Does Hawaii Have a Racial Bias Problem? 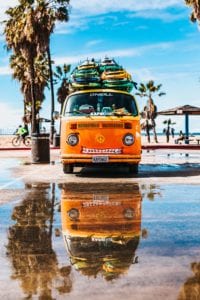 After two black men were arrested in a Philadelphia Starbucks in mid-April, the company planned to shut down its stores for four hours to train all employees about unconscious bias.

As is often the case with mainland stories, many people in Hawaii seem to think something like this would never happen in the aloha state. They may have missed the news story on March 1, 2018, about the African-American nurse who won a $3.8 million jury verdict against Queens Hospital for racial harassment.

Almost everybody has unconscious bias, and because it’s unconscious, we don’t even know it. Research shows that 75% of men—and 80% of women!—are biased against women.  Almost 75% of non-blacks, and more than half of blacks themselves, are biased against blacks. In another study, 38% of Asians favored whites over Asians, while 42% of Asians favored other Asians over whites.

All of these biases may have impacts on how customers are treated, and who is hired, promoted, and fired at work. Bias can make our ability to get along with others more difficult.

Harvard University has a free, 10-minute, online test called the Implicit Association Test or IAT, which you can find here https://implicit.harvard.edu/implicit/takeatest.html. There you can test yourself on your potential bias based on race, sex, religion, and other classifications. Unfortunately, there’s no test for local-mainland bias.

What should I do when I realize I have unconscious bias? Be aware of how you communicate with and make decisions about people you may have unconscious bias against. For example, if you receive an email that you perceive as rude, it may be that the sender is using a typically male style of writing, and you prefer a typically female style. The sender is simply focused on the business, whereas you may want to focus on the relationship by wanting them to first ask about you or your family. Or if you feel someone always talks story and never gets down to business, realize that you may have more of a male style, while they may have a female style. Or maybe one of you has more of a mainland style, and the other a more local style.

Once we become aware of our unconscious biases, we can change our behavior and attitudes to be more flexible and forgiving, so that we can work with others successfully.

Makana Risser Chai is a trainer, HR consultant and former Silicon Valley attorney who specializes in teaching courses on creating respectful workplaces by preventing harassment and unconscious bias. Contact her at 808-282-2743 or Makana (at) MakanaChai.com