What You Need to Know About Sexual Harassment, You Learned in Kindergarten 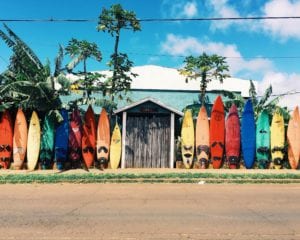 I have been an attorney for more than 30 years in Hawai‘i and Silicon Valley, specializing in sexual harassment. I wrote a chapter about it in my book for Prentice Hall, and authored articles for newspapers and national magazines.

I represented women harassed by men, and men harassed by women. I once represented a woman who, after we filed, admitted she made up the claim, so I dropped that case. But from that I learned some women lie. I’ve represented men who were accused of harassment. Some of them admitted they were guilty, and some denied it but I believed they were guilty. So I learned some men lie. Other men who were accused, I believed were innocent.

I’ve consulted with companies handling harassment claims, investigated complaints, and mediated between employees in harassment situations. I’ve presented more than a thousand harassment prevention trainings in 38 states including Hawai‘i, and heard lots of stories from both men and women. I’ve trained people in some of the toughest environments: steel workers, police officers, auto mechanics, engineers, and field sales people.

Personally, I have been sexually harassed. As a manager, I had to resolve a claim of harassment between my subordinates. I was once unfairly accused of harassment. And one time, decades ago, I harassed a young man who worked for me.

With all of this experience, I’ve come to two conclusions:

For the vast majority of men (and women), their hearts are in the right place–but sometimes their brains are not. That’s why companies need training.

And almost everything we need to know about sexual harassment we learned in kindergarten.

Actually, we probably learned this in pre-school, but movie producer Harvey Weinstein, comedian Louis CK, and newscaster Charlie Rose allegedly forgot this rule. What’s important to realize about these particular cases is that they are not just illegal harassment, they are also criminal. Most harassment complaints are nothing like these incidents. Which leads to Rule #2.

According to the Hawai‘i Supreme Court, squeezing a woman’s rear end for one second is illegal sexual harassment and could be grounds for immediate firing. It is also a crime.

That’s pretty easy to understand. But what about the kind of casual touching that’s normal between friends—a pat on the back, a touch on the arm? That is not illegal sexual harassment, and it shouldn’t violate any company policy. A touch may violate a person’s personal boundaries, and we all have the right to have our personal boundaries honored. But that means simply asking the person not to do it again. If they continue touching after repeated requests to stop, it should be a violation of company policy.

In Hawai‘i, kisses and hugs often are exchanged with aloha. To avoid any misunderstanding, it’s best to let the woman initiate them.

When someone says they’re offended, apologize. Often when told they’ve been offensive, men say things like:

“You’re being too sensitive!”

None of those are apologies. Just say you’re sorry.

When I was accused of harassment, that’s what I did. It was Christmas time, and my assistant of a few months was leaving for vacation. I took him out to lunch at a crowded restaurant, and as we got up from the table, I told him he didn’t have to come back to work that afternoon. I said, “Have a great vacation. Merry Christmas!” And I gave him a quick hug. When he got back from vacation two weeks later, he said he felt the hug was harassment.

Now, I knew it wasn’t illegal harassment. But it also was obvious he was upset. And of course my worst fear was a news headline, “Harassment lawyer sued for harassment.” So I apologized. I promised it would never happen again. And I walked on eggshells for the next 6 months or so, until one day he apologized to me, saying he had misinterpreted my hug. We continued working together for years after that.

If I hadn’t apologized, but instead argued about it, it would not have ended well.

In this context, the teacher is the person who says they’re offended. If someone lets you know they’re offended, they’re doing you a favor. The alternative of not speaking up to you could be that they complain to HR, a lawyer, or worse yet, on social media. Trial by internet can be much worse than trial by jury. This is a teaching moment, so learn the lesson and do what the teacher says.

Of course, there is much more to understanding sexual harassment than what we learned in kindergarten. But it’s a start!