Are we rushing to judgment? 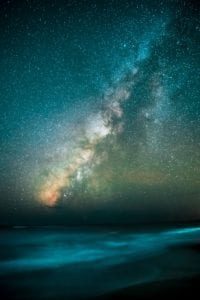 The incident last weekend at the Lincoln Memorial had many people making judgments based on a single image or a few brief seconds of video. Once they decided how they felt, they dismissed what longer videos showed or what other people said. Their minds were made up.

Coincidentally, one of my clients called about a sexual harassment allegation they received this week. They had interviewed a lot of people who confirmed the allegation. Their minds were made up. Then they interviewed the accused. He admitted it. But he also described an environment in which he and others were harassed much worse than anything he had done. And it came right from the top.

To their credit, my clients did not rush to judgment and are taking the time to do an expanded investigation. But no matter how good the investigation, it will never be perfect. Every person they interview may well tell the truth, but it will be their truth. Their truth as affected by their lifetimes of experiences.

Having conducted investigations for years, I’ve come to a place of profound humility. I don’t even do them anymore, because I don’t want to make a decision when I don’t really know. That’s why I don’t have an opinion on what happened that day in Washington, D.C.—or more accurately, I have several opinions.

Rather than having an opinion, I’d rather have compassion for everyone who was there. Yes. Everyone. Everyone who felt threatened, disrespected, or attacked, by anyone, either there or after in the media maelstrom and the vilification on social media.

Often in the middle of chaos, it’s difficult to remember to have compassion. But that’s the only way to make sure that we don’t rush to judgment, that we treat people with dignity, and that we live up to our own life values.

My training emphasizes having compassion for everyone involved in harassment claims. Contact me if you’d like to chat about any situation in your organization.