Blackface: “Everybody” didn’t know then (or now) 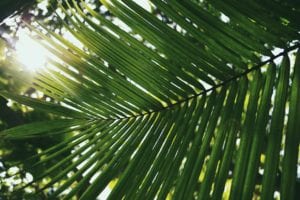 In the news for at least a week now has been the story about Virginia governor Ralph Northam’s 35-year-old yearbook picture of him in blackface. Many people have said that it was offensive then (true) and that “everybody” knew it then.

Robert A. George, an African-American journalist, disagrees. Having been raised south of the Mason-Dixon line in Maryland at about the same time as Northam, he recalls an incident that happened when he was in high school. https://www.nydailynews.com/opinion/ny-oped-northam-80s-20190203-story.html

The moral of the story is that “they didn’t know.”

Today some may call this “white privilege,” and maybe it is, but it is important to remember that when people are ignorant, for whatever reason, it’s usually not their fault. They are raised the way they’re raised, they see the media they see, they learn what they learn in school. They aren’t refusing to understand, they just haven’t been exposed to other points of view.

It reminds me of the signs we sometimes see in office kitchens, “Keep this area clean like your own home.” Then we go to co-workers’ homes and realize, “They ARE keeping the area like their own homes. Ugh.”

That’s why corporate training is so important. Once employees have training in preventing harassment, they can’t claim ignorance. Just last week a manager thanked me for the training saying that finally, everybody understood what the rules are. They had never been explained before.