How Far Back Can Sexual Harassment Claims Go? 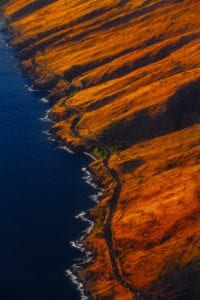 The road along the coast of the island of Maui.

With Senator Dan Inouye being accused in 2018 of sexual harassment that happened in the 1980s, celebrity #MeToo complaints going back 30 years, and Bill Cosby being tried for an assault 14 years ago, managers may be wondering how far back victims of harassment in the workplace can go. Technically, under Hawaii law, complaints must be filed within 180 days of the harassment, and under federal law within 300 days. But as Microsoft Corporation is in the process of finding out, lawsuits can go back much further.

Microsoft was sued in a class action gender discrimination suit in 2015. In March, 2018, motions and evidence were unsealed by the federal court. Among them were documents showing that the women at Microsoft who work in technical jobs filed 238 internal complaints from 2010 through 2016. These included 108 complaints of sexual harassment, 119 of gender discrimination, eight for retaliation, and three for pregnancy discrimination.

Out of the 238 complaints, Microsoft’s internal investigations conducted by its Employee Relations Investigation Team (ERIT) found that only one was valid. That is, they determined that 99.6% of the women who filed complaints were not to be believed.

As noted by the plaintiffs’ attorney, “In fact, ERIT often concludes there is no policy violation even when all the evidence points to the contrary. For example, four female employees raised separate complaints of sexual harassment against a male employee at a Microsoft event, yet ERIT found no policy violation despite concluding that the accused harasser touched all four women in a manner that made them feel uncomfortable.”

In addition, the ERIT team, which operates from the Redmond headquarters, had no policies or procedures on how to conduct investigations.

Why is the court looking at events that happened five years before the suit was filed? As long as one of incidents occurred within the statute of limitations, the court can go back to previous incidents under the doctrine of “continuing violation.” In other words, the latest incident is simply part of a system of discrimination.

What will happen to Microsoft remains to be seen. But there are lessons here for all employers. Employers need to determine if harassment occurred in the past that was not handled appropriately. They may have not found violations, ignored gossip about harassment, discouraged complaints, or given a wrist-slap where termination was in order.

If so, employers need to work with their attorneys to revisit past actions and make amends. If gossip was ignored or complaints discouraged, investigations may now be warranted. Though employers are understandably reluctant to dig up old problems, a proactive approach is more likely to result in an amicable settlement than reacting after a complaint is filed. And remember: there is no statute of limitations for trial by internet.